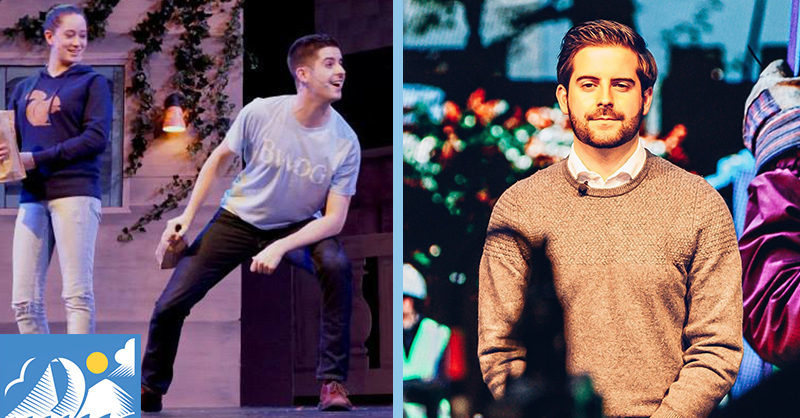 Congratulations to Alexander Donnelly CC'14 for being selected as our Mentor of the Month for January. Donnelly received his degree in Financial Economics and Political Science. He is now a VP and general manager of Broadway Production Resource Group. He has participated in the Odyssey Mentoring Program and mentored a student through the 1:1 Mentoring Match.

Have you connected with students during the Covid-19 pandemic? What has that experience been like?

I've connected with one student through the Odyssey Mentoring Match this Fall and a number of students from the Columbia performing arts community since the pandemic began. In a way, I think Covid-19 has made it easier to connect with people because it removed a lot of the perceived barriers around needing to be in the same place or needing to be formally introduced. A lot of people are sitting at home and receptive to cold email or LinkedIn messages. Most of my conversations with students revolved around what to do now that their post-graduation or summer internship plans were in jeopardy, and what other kinds of activities they might find fulfilling.

What have you gained from being a mentor?

Mentoring always forces me to think critically about my own career, especially what I thought I knew at the earliest stages and what I know now. It's humbling; it reminds me that I still have a long way to go and why I pursued my chosen career path.

What advice would you give a student looking for a mentor?

Keep in mind that networking and mentorship are two separate things. Networking can get you an informational interview, but mentorship will help you think about your career at the macro level and how it intersects with your life goals and skill set. The head of an investment bank might not be the right person to network with if you don't want to get a job as an investment banker, but they could be a great person to ask what skills they typically look for in a manager they invest in if you are trying to get promoted to management at your job. It's critical that this person wants to be a mentor, and that you both put time into getting to know each other and can be open and honest about your goals. Mentoring is not a job interview, so be prepared for some honest introspection.

Did you have mentors during your time at the College? If so, could you share a bit about them?

I did, but I don't think I knew that at the time. I was blessed to be part of the Varsity Show, through which I got to meet many alums in the performing arts. Joe Klein '58 in particular was a great mentor to me during my semi-annual reinventions of myself. The Wind Ensemble and CUPAL's former student engagement advisor, David Milch, remains a great mentor to me, though I think even he would acknowledge the relationship was a bit more adversarial when I was still trying to get him to approve my space requests for Roone.

Any additional thoughts about the Odyssey program?

I wish there had been something like this when I was a student!

About the Odyssey Mentoring Program

The Odyssey Mentoring Program (OMP) was founded on the belief that Columbia College students and alumni want to support one another, share stories and encourage one another’s success, thus creating a strong and tight-knit community. The College has more than 50,000 alumni working in myriad careers and around the country. OMP makes it possible for community members to connect in a variety of ways, from an email exchange to in-person meetings and small group gatherings.