Join the Odyssey Mentoring Program on October 29 to hear from Eli Lehrer CC'99. Lehrer is Executive Vice President and General Manager of HISTORY at A+E Networks, a role he assumed in 2017. He oversees the development, creation and execution of scripted and unscripted programming for HISTORY, including Grant (Executive Produced by Ron Chernow and Leonardo DiCaprio) and Washington (Executive Produced by Doris Kearns Goodwin). While at HISTORY, he also launched a podcast business that includes It Was Said with host Jon Meacham and Blindspot: The Road to 9/11 that was produced in partnership with WNYC.

Lehrer joined HISTORY from MTV2 where he was Executive Vice President and headed up creative and business operations at the channel. Prior to that, Lehrer was Senior Vice President and Head of Non-Fiction Programming at Lifetime since 2013. In that role, he executive produced and developed hit series including The Rap Game, Bring It!, True Tori and the Little Women franchise, and oversaw Project Runway and assorted spin-offs.

Lehrer also worked at Artists Management Group as assistant to Michael Ovitz and at ABC News as assistant to George Stephanopoulos. Lehrer earned a BA in American history from Columbia University. He lives in Los Angeles with his wife and their three children. Read Lehrer's interview with Columbia College Today to learn more about his time at the College.

About OMP's Leadership Series: The series features inspiring conversations with alumni who are at the top of their game. C-suite executives, industry leaders, innovators and creative pioneers open up about how they got from the College to where they are in their careers today, sharing candidly about their successes, failures and the lessons they’ve learned along the way. Students and young alumni who attend will get inspired, glean wisdom and learn more about a range of career paths from accomplished alumni leaders.

This event is open to Columbia College students and young alumni. 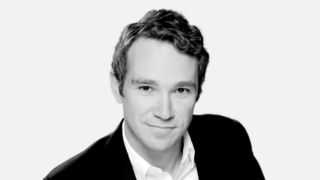