This summer, the Odyssey Mentoring Program is producing a series of industry-focused panels that will feature alumni who are experts in their fields. From law to the arts, this series will provide CC'20 and young alumni with the opportunity to learn more about a range of possible career paths from seasoned and accomplished alumni. The OMP Summer Series will take place most Thursday evenings this summer from 7:00-8:00pm ET over Zoom.

We are excited to kick off the Summer Series on Thursday, June 11 with The New York Times' Jodi Kantor CC’96. Jodi will discuss how aspiring journalists can hone their reporting and writing skills during COVID-19. This will be an interactive session, so please come prepared with specific questions for Jodi. You must RSVP in order to attend.

Jodi is a prize-winning investigative reporter and best-selling author whose work has revealed hidden truths about power, gender, technology, politics and culture.

In October 2017, she and Megan Twohey broke the story of decades of sexual abuse allegations against Harvey Weinstein. Their work helped ignite the #MeToo movement, shift attitudes, and spur new laws, policies and standards of accountability around the globe. Together with a team of colleagues who exposed harassment across industries, they were awarded the Pulitzer Prize for public service, journalism’s highest award. They also received or shared in numerous other honors, including a George Polk award and being named to Time magazine list of 100 most influential people of the year.

Before then, Ms. Kantor’s article about the havoc caused by automated scheduling systems in Starbucks workers’ lives spurred changes at the company and helped spark a national fair-scheduling movement. After she and David Streitfeld investigated punishing practices at Amazon’s corporate headquarters, the company changed its human resources policies, introducing paternity leave and eliminating its employee ranking system. Ms. Kantor’s report on working mothers and breastfeeding inspired two readers to create the first free-standing lactation suites for nursing mothers, now available in hundreds of airports and stadiums.

For six years, Ms. Kantor wrote about Barack and Michelle Obama. Ms. Kantor’s best-selling book "The Obamas," about their behind-the-scenes adjustment to the jobs of president and first lady, was published in 2012. Ms. Kantor, a contributor to "CBS This Morning," lives in Brooklyn with her husband, Ron Lieber, and their two daughters. Please follow her work on Facebook, Twitter or Instagram. 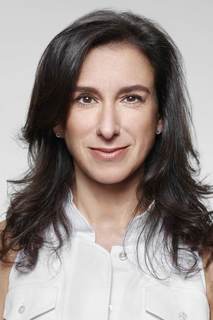